While Belizean cuisine is not well-known outside the country, visitors to the country rave about the delicious mix of culinary influences and fresh, local ingredients that make Belizean fare so delicious. A true melting pot society, Belize borrows from its native Creole, Mestizo, Caribbean, Garifuna, Maya, and British populations to offer tasty treats for every palate.

The country’s offshore coral reefs and islands make Belize a seafood lover’s paradise where lobster, lionfish, grouper, snapper, barracuda, conch, and shrimp are served up in a mouthwatering array of styles. Not to be outdone, the mainland adds tender chicken, pork, and beef with an exotic blend of spices to create hearty dishes that can be enjoyed any time of the day.

And with its warm climate and fertile soils, Belize produces an abundance of oranges, coconuts, bananas, plantains, cashews, and cacao (the main ingredient of chocolate) that add fresh flavor to any dish. Fresh fruit also makes for refreshing beverages to slake your thirst on a hot day or added to rum cocktails for a burst of flavor.

No matter what your dietary preferences, one thing is for sure: nobody ever goes hungry in Belize!

Here are 13 of the tastiest dishes you can try in Belize:

Top Things To Taste In Belize

There are strong Mexican influences in Belizean cuisine and one of the tastiest treats you can try are the local varieties of tamales. Instead of corn husks, Belizean tamales are made using plantain leaves and filled with an assortment of meats, cheese, and vegetables.

Know locally as a “black dinner” due to its appearance, chimole is a hearty chicken stew with lots of flavorful spices and black achiote paste (from the same plant that produces annatto seeds) and served with boiled eggs and tortillas.

Fisherman in Belize have been bringing in spiny lobster (similar to the Atlantic lobster most popular in Canada and the U.S.) for centuries. All along the coast, you can enjoy lobster grilled outdoors and served with lemon garlic butter. 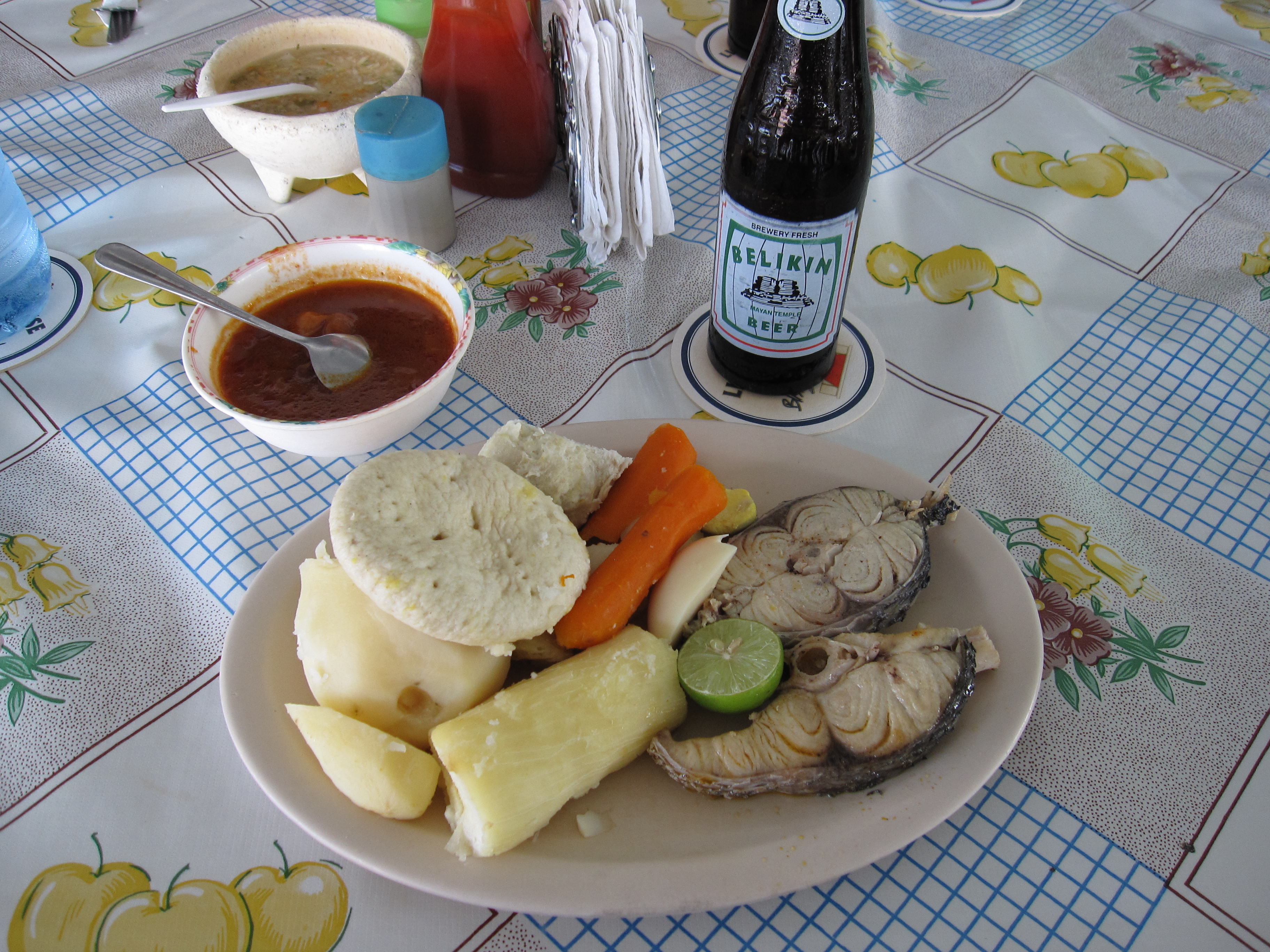 A Creole staple (called “bile up” in Kriol), boil ups are a hearty choice for lunch or dinner. Boil ups vary by region and the cook’s preference, but generally involve vegetables, fish, eggs, seafood, and anything else lying around the kitchen being boiled with chicken stock and then served with dumplings.

The crustacean most famous for its elegantly fluted shell, the meat of the conch is rough chopped and mixed with hot peppers, flour, and garlic and then formed into patties and fried. Pairs wonderfully with locally made Marie Sharp’s hot sauce. 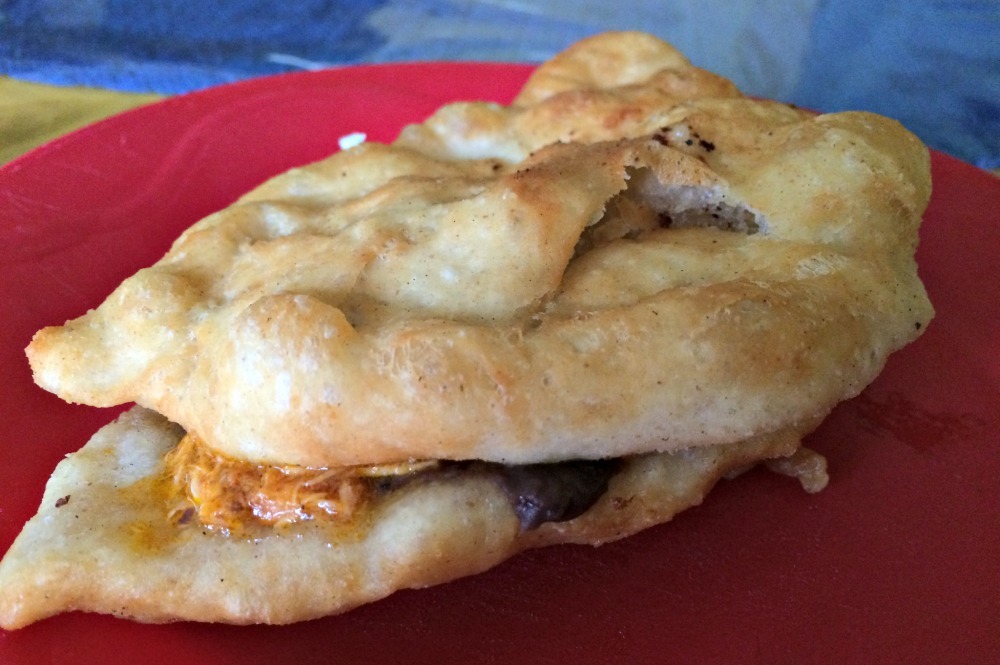 Looking something like a big, inflated donut, fry jacks are a breakfast staple in Belize and eaten with eggs and refried beans. For lunch, try stuffed fried jacks filled with chicken, eggs, beans, and/or ham.

Looking something like a chunky salsa, Belizean ceviche is a bit different from the classic Peruvian recipe. A mix of white fish, octopus, shrimp, or conch mixed with lime juice, hot peppers, cucumber, onions and tomatoes, ceviche is a refreshing treat on a hot day. 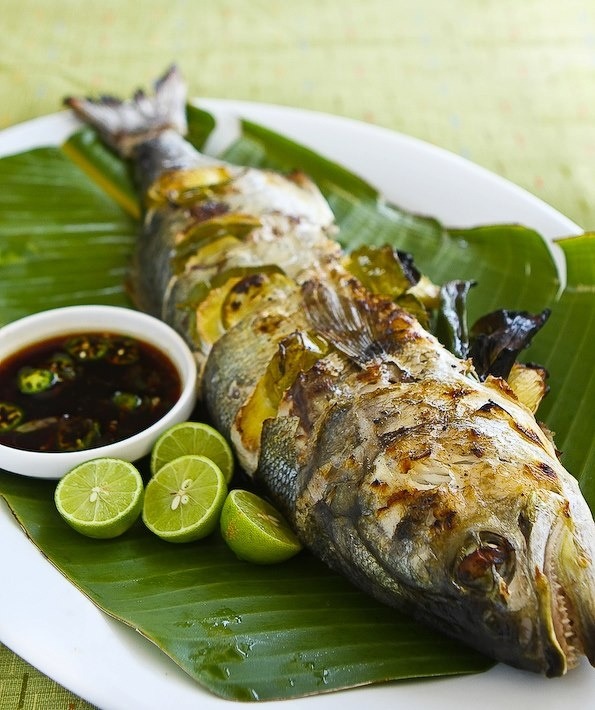 With hundreds of offshore islands and 200 miles of coastline along the Caribbean, it’s no surprise that Belizeans know how to prepare fish. Try snapper, lionfish, grouper, or barracuda along with a side of coleslaw and rice and beans for a delicious lunch or dinner. 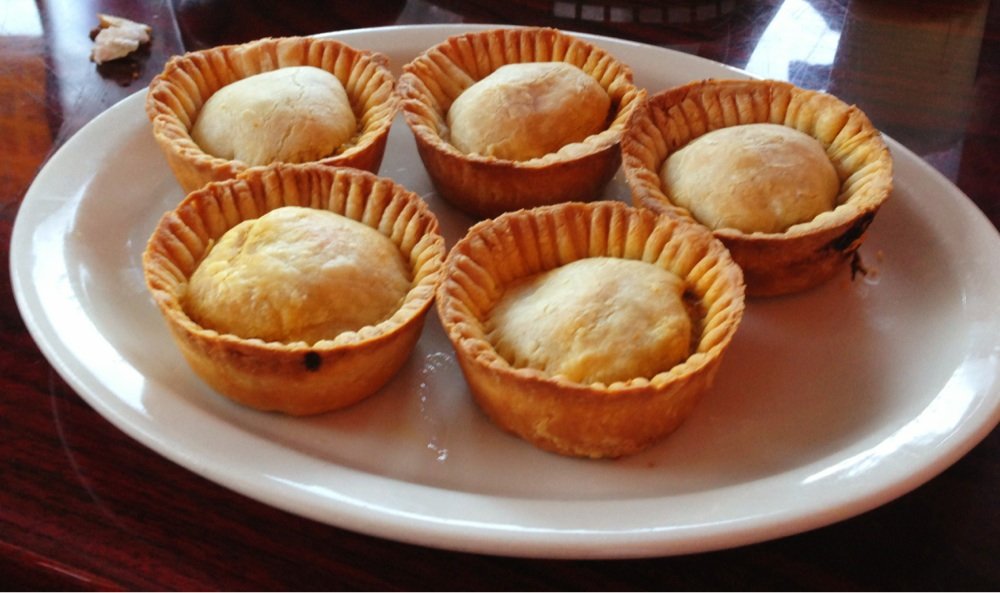 A British classic, meat pies in Belize are small, flaky pastries filled with minced beef and a savory gravy sauce. Often served with Marie Sharp’s hot sauce, meat pies are a great street snack to ward off hunger in the afternoon.

One of the most popular street foods in Belize, salbutes are fried tortillas stuffed with a savory blend of tomatoes, chicken, avocados, and cabbage. For extra heat, top with Marie Sharp’s hot sauce.

A dish that has been enjoyed for thousands of years by the Maya, cochinita pibil is marinated, slow-cooked pork that is served with homemade corn tortillas.

One of the all-time classic Caribbean dishes, rice and beans hold a special place in every Belizean’s heart. Simple enough for everyday fare, beans and rice are the perfect accompaniment to a rainbow of other flavors both sweet and hot, making it the perfect introduction to Belizean cuisine. 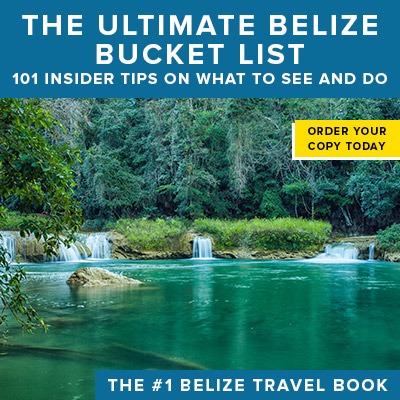 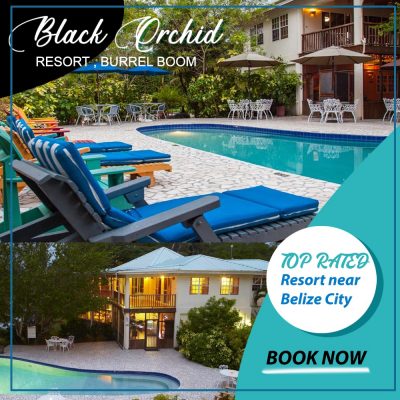